Michele Albion was raised in Maine and was a history nerd from a very young age. Her first job, at fourteen, was as a docent at a 1754 fort in Augusta called Fort Western. She later worked at the Maine State Museum and attended college at the University of Maine. While earning her Master’s Degree in Museum Studies at The George Washington University, she worked in the curatorial department of the United States Holocaust Memorial Museum.

In 1992, Albion was hired as Curator at the Edison & Ford Winter Estates in Fort Myers, Florida. She became fascinated with how very active Thomas and Mina Edison were in their Florida community.  After moving to New Hampshire she wrote The Florida Life of Thomas Edison, which was published in 2008. Her second, The Quotable Edison, was released in February 2011. 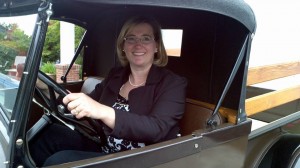 Question: How long does it take you to write a book?

Question: How do you pronounce your middle and last names?

Question: I would like to have you come to speak with my group, library, historical society, museum, my reading festival, etc. How do I arrange that?

Answer: I love speaking with groups. Please email: michelewalbion@gmail.com or leave a message in the “Contact the Author” page.

Question: How do I order multiple signed copies.

Answer: You can order them through the “Purchase Copies” page.  If ordering several copies, please email michelewalbion@gmail.com so we can work out a special discount.

Â Question: What’s your next project?

Answer: I have several irons in the fire at present, and though it pains me, I’m learning to keep projects under wraps.

The Florida Life of Thomas Edison, The Quotable Henry Ford, The Quotable Eleanor Roosevelt and The Quotable Amelia Earhart are available at bookstores and through michelealbion.com.

Review of The Florida Life of Thomas Edison by Linda Fasulo and produced by WGCU Public Radio in Fort Myers, Florida:

Interview about The Quotable Amelia Earhart with Portsmouth Community Radio in Portsmouth, New Hampshire on December 31, 2015. 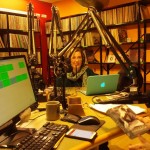